In middle school, Naru appreciated anime, fanfiction, and pretty guys just as much as the next internet-surfing pre-teen, but it was actually in her high school years when she began to discover what was so "special" regarding the former. On a whim, she created her main blog Oromywhat where you can occasionally find her explaining or rambling endlessly about the Japanese pop culture and its secrets unknown to outsiders. If she ever disappears from her blog, you'll easily find her at Organization Anti-Social Genuises as an anime/manga reviewer or ranting on Twitter. 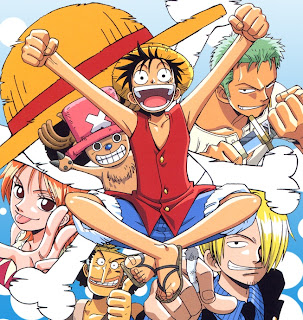 Before we begin focusing on the quiet year of 1999, I believe I should be honest with you all and straight out say 1999 was a year I personally did not know much about until I made the decision to participate in this project. Between the end of the 90's and the beginning of the 2000's, my little self was rather occupied with shonen anime being aired in my country at the time–Yu Yu Hakusho, Gundam, and the like–which aided and formed me into the grumpy hard-to-please anime appreciator that I am today.

However, it is until just recently that I've taken the time to search around the deepest parts of the dark hole that is the Internet to find out that, while 1999 isn't the most memorable year for some of us, it certainly wasn't an uneventful year. Heck, the year 1999 gave birth to cult anime adaptations that are still present in the minds of old fans, and now to new fans of the current generation. 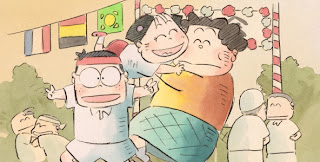 After the mind-blowing success of Princess Mononoke in 1997 which sky-rocketed Hayao Miyazaki's and Studio Ghibli's names to an international level, Isao Takahata decided to try out a new style of animation different from what the studios had done before and used the way of the computer to adapt My Neighbors the Yamadas which was released in national theaters on August 17th, 1999.

What differed My Neighbors the Yamadas from Studio Ghibli's past productions was the structure of the plot. While generally movies–and in this case, Ghibi's movies–have been known to follow one plot from the beginning to the end, My Neighbors the Yamadas remained faithful to its original work by adapting the comic strip manga into separate stories in the movie, each story touching a particular subject regarding the Yamada Family.

Even if the movie received an Excellence Award for animation at the Japan Media Arts Festival, its recognition however did not reflect its low results in the box office.


The Greatest Teacher of All Time

Believe it or not, 1999 was also the year Studio Pierrot adapted the misadventures of Japan's craziest teacher, Eikichi Onizuka. Fourteen years? Honestly?! And to say that I was watching a rerun on TV today and imagining myself back in 2007! I already feel old at such a young age.

GTO (Great Teacher Onizuka)'s story as simple as it comes. Twenty-two year old Eikichi Onizuka is an ex-yankee (whose teenage adventures were already covered in the Shonan Jun'ai Gumi manga and OVA) who aims to become a teacher simply because he believes it would greatly rise his chances of having girls fall for him. Needless to say that once he receives his teacher's license and finds himself in charge of one of the most chaotic classes in his school, our Onizuka learns the painful gap between fantasy and reality.


Regardless of the poor budget Studio Pierrot had at the time to animate the series, the 1998-1999 period was luckily one where the GTO-mania was very present in Japanese media. Followed by the rapid popularity of the manga, the first GTO drama, movie, and anime surfed on the same waves of success as the original work to the point the oeuvre today remains as appreciated and well-known as it was fourteen years ago. (And how well was GTO appreciated? The live-action drama actually came first in 1998 and garnered a remake in 2012, while the manga resurfaced in the pages of Shonen Weekly Magazine in 2009 for a short-lived two-year sequel.)

Birth of the New Shonen Leaders 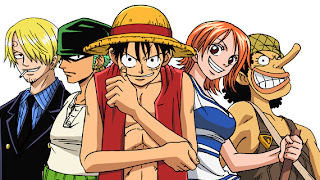 1999 can also be known as a transition year, seeing as how extremely popular shonen anime of today began popping up starting from there.

The one anime about pirates everyone loves to hate or defend, One Piece, began on the 20th of October and since then has released more than 600 episodes to this day. Whether you want to admit it or not, One Piece is currently the franchise you can find anywhere; from Japan to your home country, Luffy and his pirate crew appear in all forms of objects for you to buy. I am not sure if it is the case in other Western countries, but in France, an anime hasn't experienced a popularity boom this big since Dragonball Z. Today, One Piece movies are watchable in theaters months after their releases in Japan and also companies are fighting each other only to have the name affiliated with their own.


The possible explanation for this boom can be that One Piece compared to other anime touches a large number of different audiences, such as Dragonball once did in the past. Instead of seeing only children into One Piece, teenagers, young adults, and even parents show their interest for this anime.

Ah, Hunter X Hunter. While I will always prefer your big and more mature brother over you (Yu Yu Hakusho), let I remind you that you hold a special place in my heart. While Yu Yu Hakusho covers underworld detectives and yokai creatures, Hunter X Hunter concerns…Hunters. More precisely, the plot revolves around a twelve-year-old boy named Gon who–cue drama–has been abandoned by his Hunter of a father, Ging. Dying to know what brought his father to prefer the life of a Hunter over the life of being a father, Gon decides to enter the very challenging and perilous Hunter exam.

Unless you guys have been living under a rock for the past year, Hunter X Hunter has been given a golden chance we (perhaps) all wish would happen to our favorite productions–a remake–and of good quality, should I add. The only notable difference I have realized so far between the anime of 1999 produced by the now very quiet Nippon Animation and the new one made by Madhouse is the censure of extremely violent scenes, which are pretty current during the Hunter Exam arc.


Like countless anime today, Hunter X Hunter was inspired by the great shonen shows of the late 80's and 90's: Dragonball Z for the action, Jojo's Bizarre Adventure for the characters, and I guess you can imagine the rest of the list.

By revisiting the classics of shonen from the past and mixing it up into its own sauce, anime like GTO, Hunter X Hunter, and more recently One Piece are taking place as the big names of the shonen genre until the arrival of the next generation.


One More Look Behind 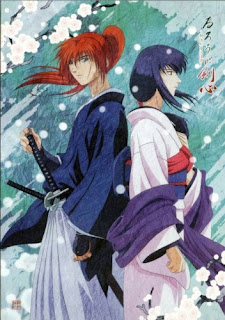 After taking a good look at the OVAs released in 1999–and there really weren't many titles left being released as straight-to-video titles–there was only one out of the entire list that rings a familiar bell: an OVA focused on a certain red-haired samurai's past, Rurouni Kenshin: Trust & Betrayal, more commonly known to western fans under the name of Samurai X: Trust and Betrayal.

To critics and fans who have followed the adventures of the ex-battosai Kenshin, the Trust & Betrayal OVA was seen, and is still considered today, as a masterpiece. Some would go as far as to say it was the best OVA ever created. The story itself gave much more focus to the drama and tragedy behind the entire Rurouni Kenshin saga, aided by the change to a more human element in artwork, character design led by Masahide Yanagizawa (ToHeart). The comedy from the 1996 television series is completely gone, as the story covers Kenshin's beginnings as a fighter and the touching and turbulent relationship he develops with Tomoe, Kenshin's former lover and a figure who played a much larger role in the manga than the anime.

Produced by the director Kazuhiro Furubashi, responsible for the great works of Urusei Yatsura, Ranma 1/2, and the 1999 version of the previously-mentioned Hunter X Hunter, with the great composer Taku Iwasaki at his side, whose tunes you may have heard in Black Cat, Get Backers, and  Jojo’s Bizarre Adventure (2012), Trust & Betrayal truly was a beautiful and first-rate homage to Nobuhiro Watsuki's original work. (Well, that is if you can forget the other Samurai X OVA that was released in 2000, one that even Watsuki couldn't express his approval for.)

So yes, although 1999 gave us One Piece, Samurai X and other remarkable works, it was a silent year in comparison to what we've seen before. With the 21st century up ahead and promising a new beginning for the anime industry that has suffered due to the end of the Japanese economic bubble, anime was surely preparing to make a "comeback of comebacks" for the year 2000.