Kadian1364 grew up with anime since middle school during the Pokemon and Toonami boom in the late 90's, and developed a voracious appetite for Chinese girl cartoons that hasn’t stopped since. Sometimes anime reviewer at the Nihon Review, sometimes content to make his opinion known on other blogs, he spews most of his on the Internet’s soapbox, Twitter (https://twitter.com/kenyaboi1364). He also relishes running weekend Skype calls with friends viewing the best and worst of anime’s history. 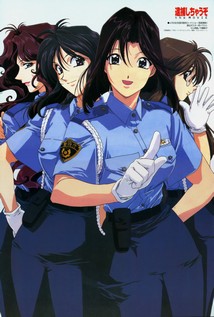 The mid-90's was a time of affirming stylistic and philosophical changes in the anime industry. The recognizable stereotype of popular anime characters folks still associate with the medium–realistic body proportions with large, expressive eyes and youthful facial features–largely developed and matured in these years. It was a hybrid of the cartoonish Disney-like designs Tezuka popularized and the realistically shaped heroes of the gritty science fiction and OVA anime that populated the 80's. It wasn't until a decade later would we see the dawn of a new character design paradigm. At the same time, disruptive titles in recent history like Saint Seiya, Sailor Moon, and Neon Genesis Evangelion made artists and producers think differently about who could be their prospective audience and how to design new works to reach them. Cross-gender pleasing characters were of course a major part of this emerging design philosophy, but the novel combinations of diverse genres was an emerging effort to broaden the demographic appeal of traditionally niche, gender-exclusive brands.

But before we get to the meat of this article, there are the also-rans worth enumerating. Of course, the second half of Evanglion in early '96, with its psychological complexity, artistic abstraction, and culturally relevant topics, so precisely struck a nerve with an entire generation of viewers that clones and variations would be seen for years to come. Slayers Next, the second of a series of seemingly arbitrarily titled seasons, continued the distinctly 90's-flavored high-fantasy gag-comedy action-adventure franchise. Kosuke Fujishima's You're Under Arrest found a home on TV after its '95 OVA, but instead of fluid car-chase animation, it found pleasant success in low-budget traffic police sitcom fare, spawning three seasons in total through the 90's and 2000's.

Gundam continued to roll out sequels and spinoffs, with After War Gundam X, an alternate universe TV series in a post-apocalyptic scenario with maximum colony dropping absurdity, and the 08th MS Team, an OVA returning to the "One Year War" from the perspective of grunts embroiled in the jungles of Southeast Asia, which earned points with fans for its gritty Vietnam-like take in the favored continuity. And the big traditional shoujo series from the year, Kodomo no Omocha (a.k.a. Kodocha), was the most off-the-wall, dizzyingly hyperactive melodramatic romantic comedy about child actors you'll probably ever see. (And this is just the opening theme! - Ed.)


While numerous titles deserve their due, a few series are so distinguished for finding trend-setting, audience-broadening combinations of diverse genre elements and their enduring popularity that they justify greater elaboration of critical merit.

Ray (@R042) originally didn't intend to be an anime blogger, but quickly discovered he quite enjoyed it. A big fan of mecha and science-fiction after his first experience of anime were Evangelion and Macross Plus, he writes articles at Ideas Without End about a wide range of subjects, and tweets endlessly when he isn't writing blog-posts or novels.


To start looking at a year in anime history, why not start with what the primary audience thought of it? 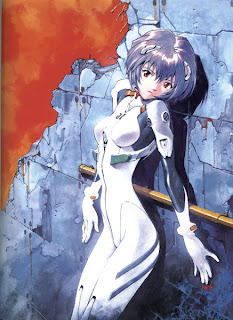 For this, Animage Magazine's annual poll and review of the year in animation provides one snapshot of what some fans and viewers thought defined 1995. The answer appears to be that 1995 was the year of Megumi Hayashibara, who had already shown her chops as fiery lead characters (Ranma's female side in Ranma 1/2; Ai from Video Girl Ai). Voted "Best Voice Actor/Actress" purely on the basis of fan submissions to the magazine, it is quite possible to argue her immense popularity that year came from one role which provides the perfect place to begin looking at the year's most influential and significant series.

Neon Genesis Evangelion, winner of the "Best Anime of 1995" award in Animage as well as three entries (#1, #3 and #9) on "Best Female Character", #2 on "Best Male Character" and winner of "Best Song" for its opening "Zankoku na Tenshi no Teeze" ("A Cruel Angel's Thesis"), is a fair candidate for the defining anime of the year. A series that, despite having a fraction of the number of episodes or series of any long-running big-name shonen show, or mecha juggernaut Gundam, has in its own way become a cornerstone of how anime is perceived both in Japan and overseas. Its enduring popularity is as much a result of the controversies and mysteries surrounding it–the prevalent symbolism and imagery are said to be meaningless, while the apparent non-ending of the TV series is resolved much later in End of Evangelion–as its specific merits as a super-robot anime.

Brian (@awesome_engine) used to have to write hundreds of movie synopses for the UK video market, which has left his brain full of unnecessary information. He is the co-host of the Dynamite In The Brain podcast and owner of AWESOME ENGINE. If you must see him in the flesh you can usually find him at UK anime conventions like Ayacon, hosting events such as MADstravaganza (now in its seventh year).


Not every year gave the viewer a brand new anime TV series that achieved greatness, longevity, or popularity. 1994 was one of those years. 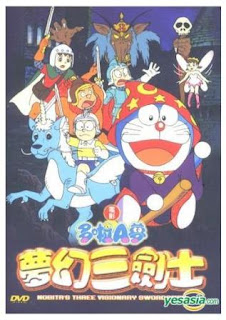 The big shows of 1994 were all shows that started years previously. There are series that are still ongoing today like Sazae-san (1969), Doraemon (starting in 1973, but airing since 2005) and Crayon Shin-Chan (1992). In addition, there were the monster Shonen Jump shows of the day: Dragonball Z, Slam Dunk, and Yu Yu Hakusho. They all managed to get over a 20% audience share at various points in the year (with Dragonball Z doing it week in, week out). Finally, there were a couple of shows that have had little following in anglophone fandom, Kiteretsu Daihyakka (1988-96) and Tsuyoshi Shikkari Shinasai (1992-94). These aired either side of Sazae-san and regularly got at least a 20% audience share. One reason why it may have been difficult for new shows to get a footing was that 1994 was the year that some of these established shows hit their peak ratings; Dragonball Z, Kiteretsu Daihyakka, Tsuyoshi Shikkari Shinasai, Slam Dunk, and Yu Yu Hakusho all had their highest rated episodes during this year.

So what new shows were trying to get their voice heard this year?

1993: Everybody Wants To Rule Za Waarudo

[1993 was the year that Geoffrey Tebbetts (@GeoffTebbetts) learned that "anime" was a "thing". After watching Locke the Superman and Akira in his first year of college, he joined Atlanta's Anime X and helped co-found Georgia Tech's first anime club in 1996. Geoff wrote for Animerica Magazine as a reviewer and columnist from 1996 to 2004, and he has been covering anime through his own blog AniMaybe since 2010. He's also the editor of this very blog, the Golden Ani-Versary of Anime.]

After years of riding a monster wave of success, economically speaking, Japan in 1993 had found itself treading water. The Nikkei stock market had managed to reverse its course after losing over half its value, but its GDP hadn't changed in three years, and the yen itself was falling against the dollar, the stable platform since 1987 taken out from under the currency until it bottomed out in 1995. The unemployment rate, traditionally a comfortable rate between 2 and 3%, had started to creep upwards until it peaked in 2002 (although some will argue that the rate had been notoriously underestimated for years). While the industries were boosting production, bankruptcies had tripled since 1990, and business confidence was at an all-time low.

That's not to say that Japan's anime industry was suffering from its own lack of confidence. Perennial all-stars such as Sazae-san, Doraemon, and Chibi Maruko-chan (which unfortunately ended in 1992 during the height of its popularity, but returned in 1995 to stay) were consistently gathering weekly television ratings that rivaled numbers set by Tetsuwan Atomu in the 1960s, while Yuu Yuu Hakusho discovered its own ratings bonanza alongside its Shonen Jump brother, Dragonball Z. (Of course, ratings can only say so much about success. If you were to look at the numbers, Sailor Moon's first-season ratings in 1992 were comparable to those of the short-lived nonsense anime Obotchama-kun that ran in the time slot thirty minutes afterwards.) 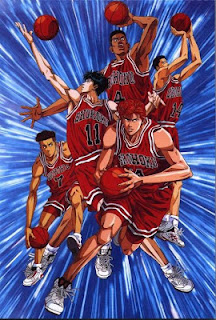 You could arguably state that televised anime's rivalry with the direct-to-video OVA market was keeping both afloat during these times. Trounced suddenly in the late 1980s by the deluge of OVA titles, television was making its comeback, but not without stiff competition. The Tenchi Muyo! juggernaut launched in 1992 with the Ryo-Ohki OVA series, which quickly became the biggest OVA success story since Patlabor, while critical acclaim would be passed to the slow-and-steady Giant Robo over time. (Seriously, Brian. Just one small mention?)

Based on the confidence in older shows and the industry's creativity in 1993, if you were to look at anime's activity and claim there was economic turbulence in Japan, you'd be hard-pressed to view it from its outward appearance (partly due to the lag between brainstorm and video release). However, that was two decades ago, and time has been a judge that has been harsher on some shows over others. What shows could we consider to be the bedrock on which many of today's anime skyscrapers have been built?