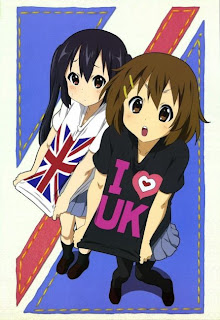 
The year 2008 is rather an appropriate year to cover in terms of Britain and anime, because there are a few series set in the country. These are mainly period pieces, one of which is Black Butler, set in Victorian Britain, complete with Japanese ideas of what children wore at the time. The animators seem to be keen on their Lolita fashion, with young hero Ceil Phantomhive constantly seen in his shorts and sock suspenders. In the series Ceil, an earl, businessman and investigator into threats to Queen Victoria, is accompanied Sebastian Michaels, a man who is one hell of a butler, in more ways than one. The series is rather fun, and has a jolly mix of characters, although as many fans point out, it is not a faithful adaptation of the original manga and thus disapproved by many people. 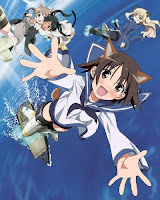 Another anime that came out in 2008 is also set in Britain...or rather Britannia. The fan-service-filled Strike Witches, is set in a world where an alien invasion took place just before World War II, but it would be an anime series that would not be shown in Britain. Firstly, if you told people that the Japanese created an anime series set during the war, the vast majority of people would probably reply with: "What? Who won the bloody war?! Sod your cartoons!"

Once you've got that reaction, it would probably not be advisable to tell them that in Strike Witches, the girls are magical, and this magic is boosted by the use of devices strapped to their legs. You certainly shouldn't say that because of this girls don't wear trousers or skirts so they go around all over the place with their panties in public view. (If you did, the reaction would probably be ugly.) One would have to understand that the British hate sex offenders more than anything else, with the possible exception of the French, the EU, politicians, Piers Morgan and anyone who beats a Brit in a major sporting tournament. 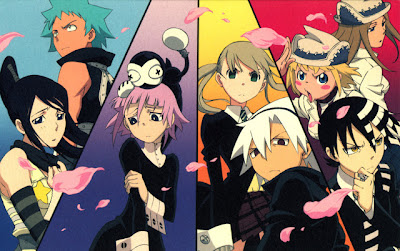 But moving away from Britain, there are still plenty of anime series from 2008 worthy of note. There were plenty of popular manga series that got their anime adaptation, but the problem was that most of these were of manga that had not finished, which like Black Butler, ended up with the fans complaining about their adaptation being lacklustre. Probably the biggest series to be adapted was Soul Eater. The adaptation began in April 2008 and ended in March 2009, being broadcast over 51 episodes. The characters are all enjoyable and all have their odd little quirks, from screw-turning teacher Dr. Franken Stein, to egotistical Black Star, to symmetry obsessed Death the Kid. There is, of course, the British character in the show: Excalibur, the most powerful, and indeed the most obnoxious and egotistical weapon ever created. He is wonderfully funny, but the fans of the series were still infuriated at the way the series ended, as it deviated somewhat from the original manga. 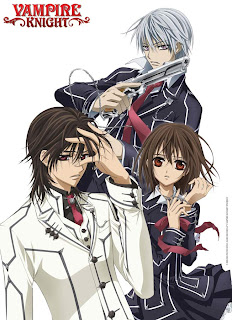 Another 2008 anime, Vampire Knight, did not deviate as much from its original plot and conveniently ended at a rather suitable point in the manga, although the manga only ended in May this year. This is a series which rather appropriately sums up a pet theory of mine: that meme theory–the concept that ideas themselves have a life of their own and can be transmitted from one mind to another, thus one idea may occur in one place and a very similar one occurs somewhere else–occurs between anime and western fiction. For example, Vampire Knight, a story about a doomed love triangle between a young girl, a vampire and a vampire hunter (who it turns out is also a vampire) came out in late 2004. Meanwhile, the novel Twilight, which covers a doomed love triangle between a young girl, a vampire and a werewolf, came out in late 2005. Vampire Knight's anime came out in April 2008, while the Twilight film came out in November 2008. It is interesting to think that two such similar ideas were made at around the same time, but were so far apart geographically.

(All things otherworldly seemed to be a recurring theme in 2008. There was the graphic Corpse Princess which features the undead, as well as the supernatural Ga-Rei Zero, a prequel to the manga Ga-Rei which annoyingly has never been published in English.)


However, my personal favourite of all these series, and indeed my personal favourite anime of 2008, were the two Clannad series. The first series began in 2007 and ended in 2008, while the second, Clannad After Story began in 2008 and ended in 2009. It has been described as a harem anime, fantasy, romance, but for me personally it is tragicomic in its content. It is the only anime series to make you laugh as much as it makes you cry. Just everything about it is wonderful: the plot, the characters, the art, the soundtrack. Youhei, the best friend of the main character Tomoya, is a brilliant comic foil and, when tragedy strikes, it does want to make you cry. At the risk of sounding controversial, I would say the tragedy in this is better than in the critically acclaimed Puella Magi Madoka Magica released in 2011, because the tragedy in this is much more believable. 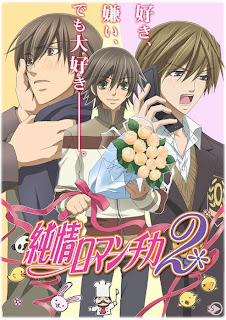 There is one other anime I would like to give special mention to. One anime genre that has not really been given much attention during the course of the "Golden Ani-versary" is yaoi. For any fujoshi out there, they will be glad to know that one of the most famous and popular yaoi series, the romantic comedy Junjo Romantica, was animated in 2008. I know that many people dislike yaoi, but this is one of the better shows with plenty of humorous moments (mostly seeming to involve teddy bears) and a relationship between the main leads, Misaki and Akihiko as a charming, fun and cute one. Admittedly, the fact that the action switches to other couples can be a bit infuriating, but other than that it is rather enjoyable.

(Junjo Romantica is released by the company Right Stuf, who don't have any of their licenced works released in Britain. There's another thing to peeve us UK otaku, especially when you consider the fact the same company licences the original Astro Boy.)

In terms of summing up, it seems that Japan has a fondness for Britain's past and indeed the past of Europe. Period anime seems to be very popular, whether it is Victorian Britain like Black Butler, or the war like Strike Witches. You can expand this to other series like Hetalia, and other period pieces like the classic The Rose of Versailles set in 18th century France. It seems that this romanticised period of history is one that is rich for picking.

Looking at the British relationship to anime, some of these series mentioned might be of interest, but there is one thing that could increase the appeal of anime. One other thing the British seem to have a fondness for doing is complaining about there being too many repeats on the TV, especially the BBC. Recently the BBC has had success importing foreign language shows. They broadcast The Killing and Inspector Montalbano for example. So why not import some anime? It is at least worth a go.